Math prodigy proud of his autism

The autism spectrum is very large and each autist child is different. They all have a problem with social interaction and seem to be locked in their own world. This can change when therapies like occupational therapy, ABA therapy and speech therapy are used at an early age. 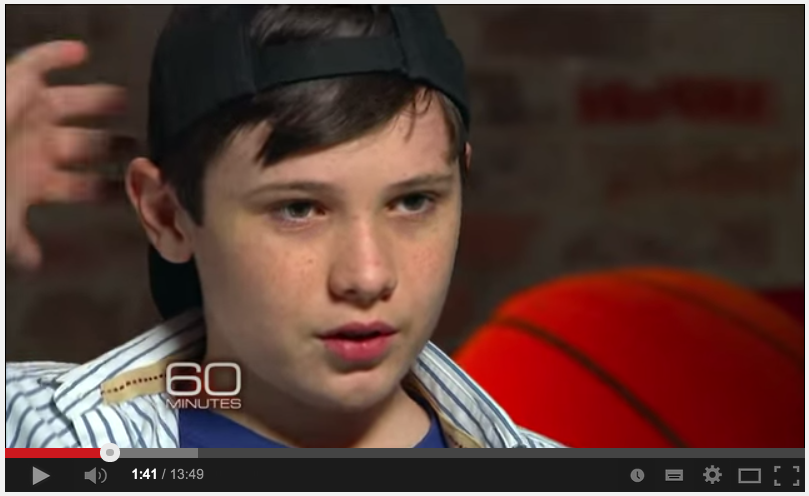 I know the subject quite well as my daughter Christina has gone through all these therapies since she was around 20 months old. The 2 to 5 sessions a week have helped tremendously to erase certain autism behavior like lack of eye contact, lack of interest in being with others and lack of language.

What is encouraging is to see other children like Jake turning his autism into an asset and become a Math and Science genious. I have no doubt that Christina will overcome her autism and as I see progress, she might do very well in her own way in a few years.

At age two, Jake Barnett was diagnosed with autism and his future was unclear. Now at age 13, Jake is a college sophomore and a math and science prodigy. Jake says his autism is key to his success.